Add to Lightbox
Radja Nainggolan Belgian footballer, Inter midfielder, discusses for the place in the stands at the night of the kings of the Foro Italico Tennis Stadium
the night of Totti, the Night of the Kings. At 21 today on the field of the Foro Italico Tennis Stadium the number 10 Giallorossi will find many teammates and opponents of the past. He will do it for charity, in the 6 against 6 match organized by the International Football Development Association, an organization that aims to re-professionalize former footballers. A team of friends of Totti, mainly former comrades from Rome and the National team, will face that of Luis Figo, composed of his former colleagues from Inter, Real Madrid and the Portuguese national. The event is organized in collaboration with Area 62 and GroupM ESP.
This is the composition of the two teams of former players: 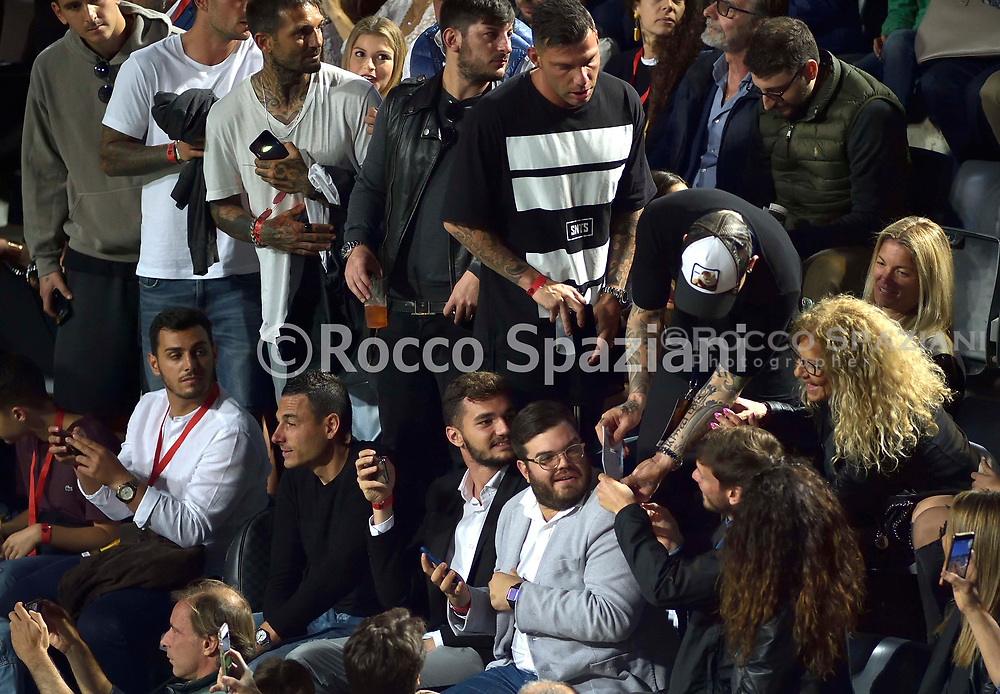